Rendered courtesy of the office of former Governor Andrew Cuomo

All images courtesy of Port Authority of NY and NJ

The AirTrain project was halted after concerns about the review process and construction logistics of the light rail. Opponents argued that the proposed routes were inconvenient for the intended users and that construction of the project would negatively impact property values ​​in surrounding neighborhoods in Queens.

One of the subway expansion options involves creating an elevated track that would connect the N and W trains from the 30th Avenue station to Astoria and run along Grand Central Parkway to LaGuardia. Another similar choice involves extending the N and W trains to 31st Street in Astoria before turning right onto 19th Avenue and heading towards the airport. 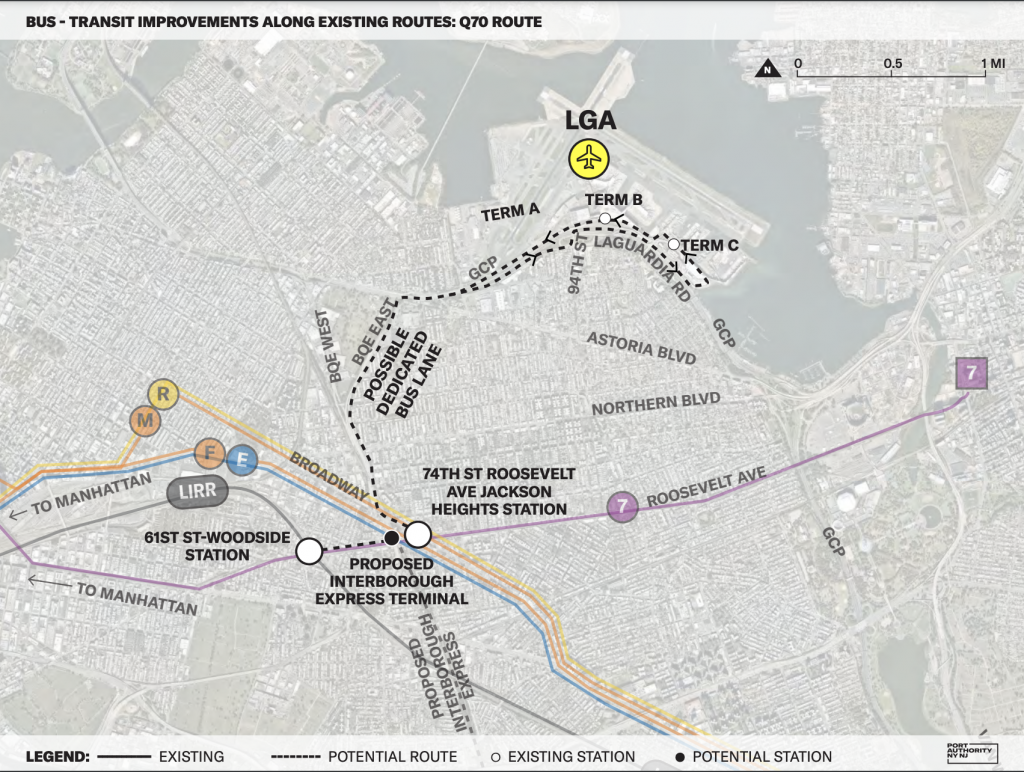 One of the bus route options would create a dedicated bus lane for the Q70 from Jackson Heights to LaGuardia, which would also connect to the Interborough Express railroad offered by Hochul. Another idea includes dedicated bus lanes that would run from the Astoria Boulevard, Astoria-Ditmars Boulevard and Northern Boulevard subway stations to the airport.

The ferry options would create a route starting at Pier 11 at Wall Street and make two stops along the East River at E 34th Street and E 90th Street before heading to two proposed ferry stops at LaGuardia. 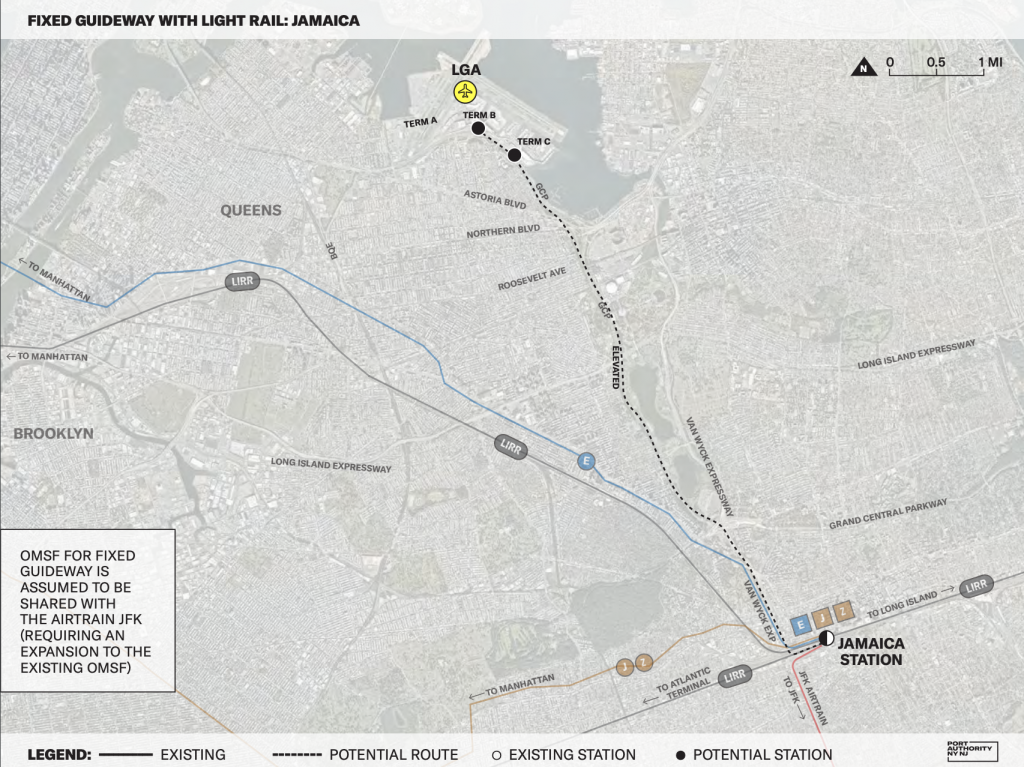 A light rail option includes creating an elevated line from 61st Street-Woodside station to LaGuardia. AirTrain’s original proposal that would link Willets Point to the airport remains on the table, with another light rail linking Jamaica Station.

Other hypothetical options involve the use of “emerging technologies,” which include narrow tunnels with electric vehicles, fixed-guided autonomous shuttles, and personal rapid transit vehicles like pods.

Two feedback sessions will be held at the LaGuardia Marriot Hotel in Elmhurst on March 16 from 6-8 p.m., and March 24 at the Astoria World Manor from 6-8 p.m., according to amNY.

SEPTA calls for tenders for trolleys