Written by Gabriela Henriquez Stoikow on May 17, 2022 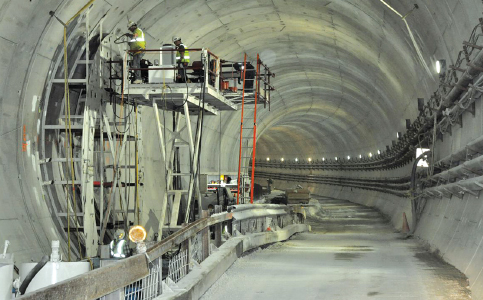 The Miami-Dade Transportation Planning Organization is investigating the possibility of expanding the underground transit system. He has just completed a study evaluating emerging technologies to assess the use of tunnel corridors in the county.

The study used a tiered analysis to identify potential projects, and the report only included Tiers 1 and 2. The 78-page study found in Tier 1 that the county has 25 tunnel corridors potential transit routes, six of which are part of the Long Range Transportation Plan (LRTP) and two are part of the SMART plan – the Flagler Corridor and the Kendall Corridor.

The Long Range Transportation Plan is a comprehensive transportation infrastructure plan with goals for the year 2045. Corridors identified in this document for potential tunnels are Miami Central to PortMiami, FTX Arena to Design District, Miami Central to Design District, the Overtown Connector, Magic City Casino to Douglas Road and Ludlam Corridor.

Level 2 reduced the hallways to 13, including the Flagler and Kendall hallways, the Ludlam hallway, and the Miami Central to Design District.

If the county decides to further examine the transit tunnel technologies and corridors identified in the report, it will need to conduct a Tier 3 analysis, which will identify potential environmental issues on the selected corridors, concept development and layouts, hours of operation and number of vehicles required, and the creation of a project working group.

Although both have been studied, the proposed tunnel system would only be open to public or contracted electric vehicles for transit purposes. The system would have stations at street level and an open underground platform for distributing and transferring vehicles between routes, the report said.

“The tunnels are intended to accommodate public transportation via multi-passenger electric transit vehicles for the advancement of mobility options in Miami-Dade County,” said Aileen Bouclé, executive director of TPO, in a written statement to the newspaper.

The report details that the methods used today to construct tunnels can be categorized into five, of which excavation by TBM is preferred as it would disturb the surface the least.

The study took into account the cost per mile. “Typical tunnel costs would likely range from $30 [million per] mile for smaller diameter tunnels with limited station work, at well over $100 [million per] mile for larger diameter projects involving large underground stations,” Ms. Bouclé wrote.
The report analyzed the corridor costs from Miami International Airport to Wynwood and then applied it to the other proposals. The corridor is approximately 4.2 miles, and estimated costs are based on twin tunnels 14 feet in outer diameter with five proposed stations.

The estimated cost of a 14-foot-diameter bored double tunnel the full length of the corridor is estimated at $280 million, or about $30 million per mile of tunnel. Each of the five stations has an average base total cost of $150 million.

The cross-passages would likely be constructed using conventional tunneling methods and incur a direct unit cost of between $5 million and $10 million per cross-passage. This represents a minimum direct cost of $240 million for all crossings.

The study did not include operation and maintenance assessments, which would be addressed in Level 3 of the study.

Members of the county’s transportation planning organization first asked Ms. Bouclé to develop a scope and budget for the study last July. The study began in August 2021, was completed in February and was presented to the TPO board this month.